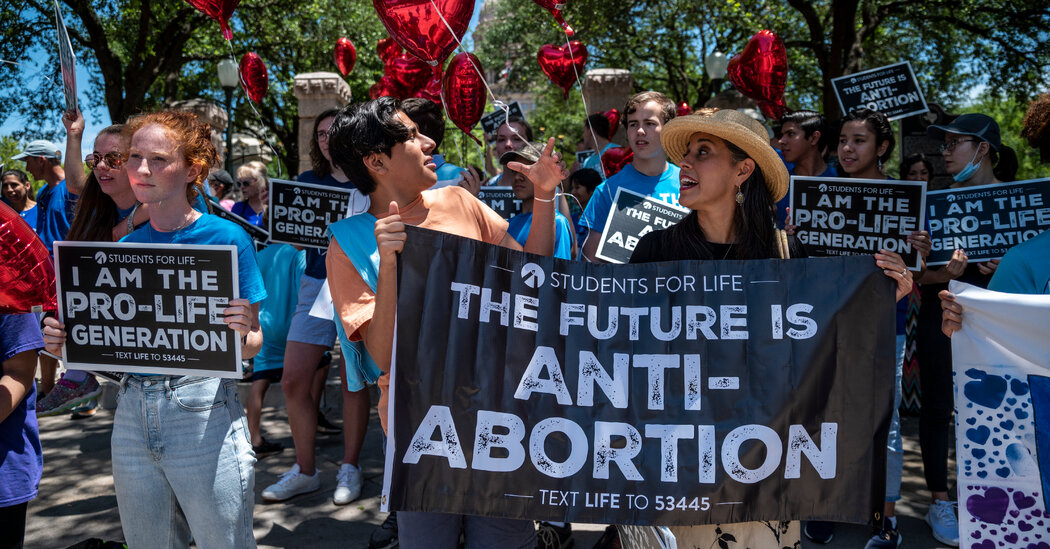 Citizens, Not The State, Will Enforce Texas’ New Abortion Law

“If the Starbucks barista hears you about your abortion and it was performed after six weeks, that barista is allowed to sue the clinic where you got the abortion and sue anyone else who helped you, such as the Uber driver who picked you up there, â€said Melissa Murray, a law professor at New York University.

Some laws have allowed private citizens to sue to enforce a law even if they themselves are not aggrieved, said Howard M. Wasserman, professor of law at Florida International University in Miami. What’s different about Texas law, he said, is that private enforcement does not support state enforcement; it is in its place, a change he said was not good for democracy.

What’s more, a Supreme Court ruling last month involving a credit reporting company rejected the concept that people sue when they have not suffered tangible harm. That case involved a lawsuit in federal court, but Professor Wasserman said lawyers for the clinics would likely use it in their arguments in Texas.

The most common place for clinics to challenge abortion restrictions in Texas is in federal court, where they have won more often than at the state level. Supporters of the new law say it is an attempt to bring abortion cases to courts in the home state – Texas – without anti-abortion measures immediately being suspended by a federal judge, as often happens.

John Seago, legislative director of Texas Right to Life, the state’s largest anti-abortion organization, said some people in the anti-abortion movement thought “it didn’t work in federal court, so let’s try another way.” “.

Lawyers for the clinics argue that a six-week abortion ban is clearly unconstitutional and that Texas law is designed to protect the state from challenge. Federal protection currently extends to pregnancies until a fetus can live outside the womb, about 23 or 24 weeks. Since federal courts are used to deciding constitutional rights issues, clinic lawyers say, it makes sense to go there for redress. The new law, if it comes into effect, will make this much more difficult.