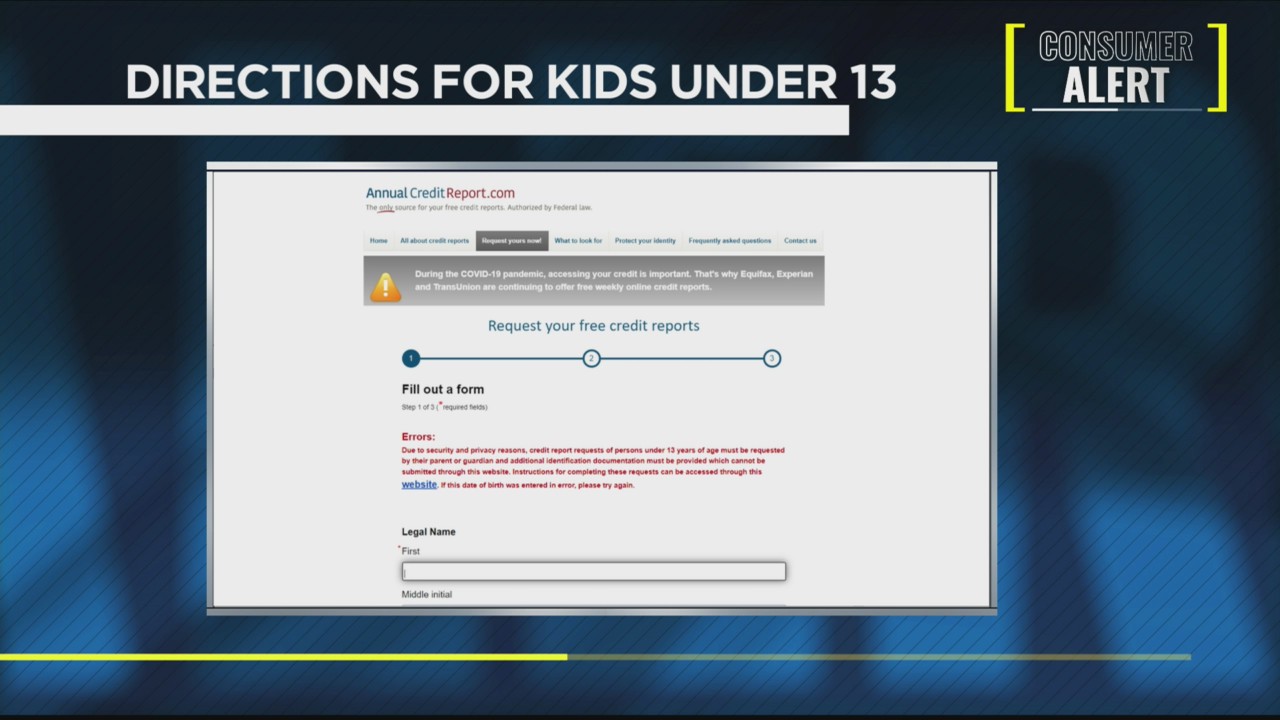 Consumer Alert: Should You Place a Security Freeze on Your Child’s Credit Report?

ROCHESTER, NY – Today’s Consumer Alert looks at identity theft. But we are not talking about *your identity. We are talking about your children. We as parents have enough on our plates. But recently, when I was talking to finance expert Jarrett Felton, he told me some stories that stopped me in my tracks. He told me he is aware of cases where people are completely unaware that their child’s identity has been stolen until the child goes off to college and applies for a loan. Felton’s own grandmother was also a victim of identity theft. He says children and the elderly are often the targets of identity theft.

“These two groups or categories of people are likely more susceptible to identity theft and social security number hacking because they don’t have a large digital financial footprint. And that same fingerprint is very rarely used,” Felton said. “How often is an eight year old going to get a credit card?”

He says parents should consider freezing your credit and that of their grandparents. It ensures that a thief cannot open a new line of credit in your child’s name.

His words of wisdom really resonated with me. As many of you know, I adopted my two youngest children from foster care. And someone recently used my kids’ social security numbers to file their tax returns. This means that their credit could also be compromised.

So immediately, I tried to act on this advice. I first went to the annual creditreport.com. On this site, you can get a free credit report every seven days.

But you are not able to make a report for children under 13 without documentation proving that you are the guardian of the child. So I tried to file a report for my 13 year old son, and got a message that I should call the credit bureaus. I called and learned that the reason I couldn’t remove my 13 year old son’s report is because he didn’t have one. Its good.

To freeze your child’s credit, you must write to the offices and send them documents like copies of their birth certificate and Social Security card. Click on each office for addresses and required documents.