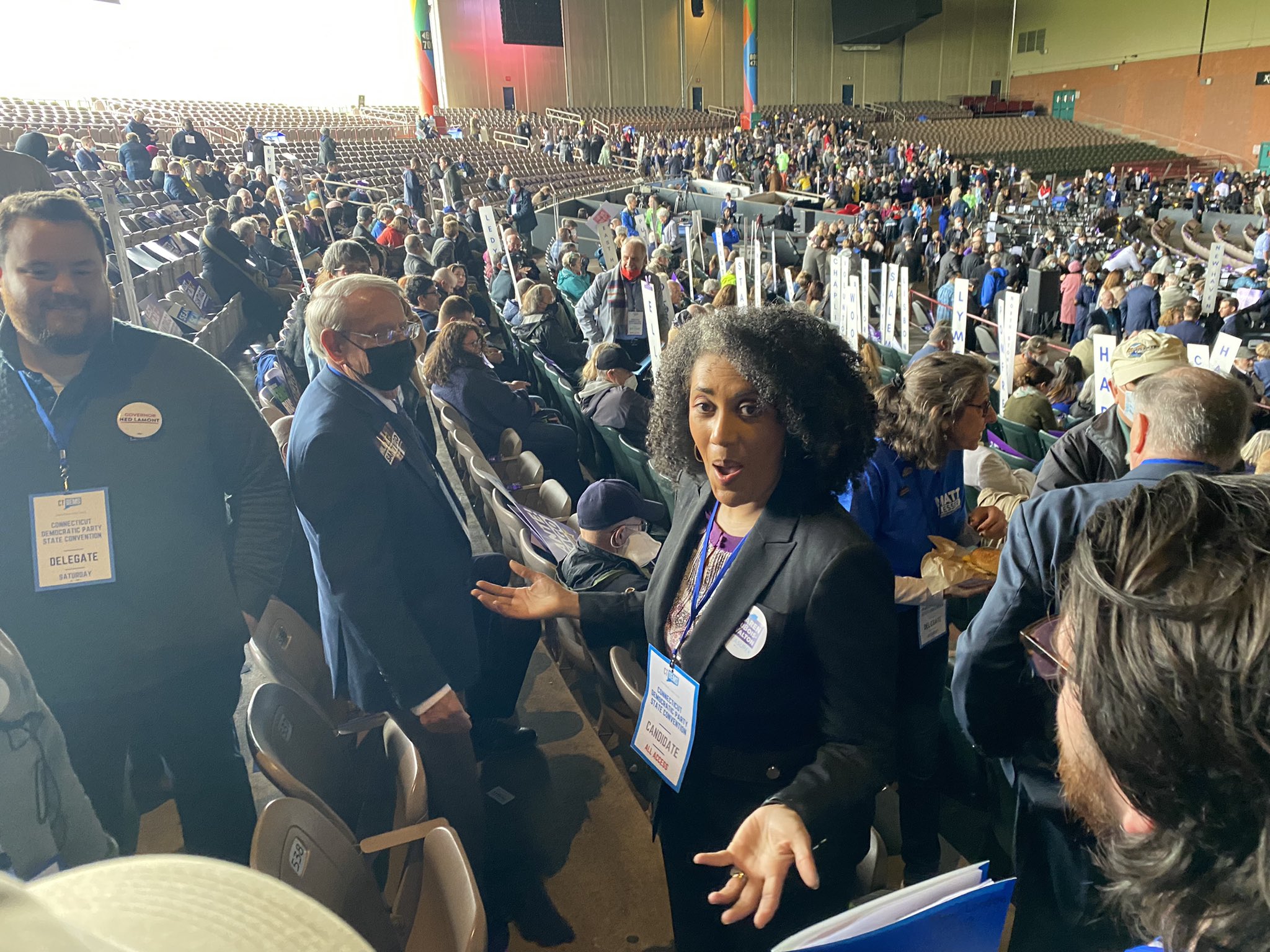 “Congratulations! Your interface has been approved.

The arrival of this email from the State Elections Enforcement Commission acknowledging acceptable fundraising software is an important and early step in the life of every campaign in Connecticut.

This signals readiness for an essential function of the modern campaign: processing an online credit card payment.

In Connecticut, the quality of data collected with online contributions is critical to knowing when – or if – candidates will be eligible for public campaign funding under the Citizens’ Elections program.

The electoral commission is due to vote on Wednesday on the grant applications of seven candidates vying for a primary on August 9. Any shortcomings must be corrected by Friday, the last call to qualify before the primary.

Money has been called the breastmilk of politics, but a more apt comparison is oxygen. Without it, campaigns quickly die.

“The percentage of online contributions continues to increase. We had to develop processes so that when people apply for grants, contributions made online are as well documented as cash or checks,” said commission spokesman Josh Foley.

Four of the candidates on Wednesday’s agenda are in the primary for statewide office, with challengers pursuing convention-approved candidates for treasurer and secretary of state who already have their government grants of $484,125.

Weber resigned over the weekend, posting a note on Facebook. It is unclear whether the prospect of not qualifying was the reason. He did not respond to calls for comment on Monday or Tuesday.

It’s free money, but not easy. To get it, candidates for statewide positions other than governor must raise $86,600 in eligible contributions from thousands of donors: at least $78,000 must come from state contributors, and each of them donating between $5 and $290.

State contractors do not have the right to donate. Lobbyists are OK as long as they don’t give more than $100. The hardest part is ensuring that online contributions are properly documented.

The campaign of Dubois-Walton, one of three candidates for the Democratic nomination for state treasurer, applied for his grant on July 6. Two days later, his assistant treasurer sent an email marked URGENT to donors.

“There was an error with the online processor, the required information was not collected,” read the missive from Christine Josie-Bartlett, partner at DNA Campaigns, a company that handles everything from fundraising to direct mail.

As a result, some contributions arrived without mentioning the donors’ professions and employers, or questions asking whether a donor was a lobbyist or an entrepreneur were answered inaccurately or not at all.

“For some reason, the entire form didn’t show up. It was just your name, address, credit card information — nothing else,” Josie-Bartlett said Tuesday.

About $4,000 in contributions were affected, she said. A further breakdown of eligible contributions was submitted on Tuesday, and she said commission staff had indicated they would recommend approval on Wednesday.

Using an “AVS code”, the commission also reports contributions made by credit card that are billed to an address other than the contributor’s residence. AVS stands for “address verification service”, a way for online merchants to protect themselves against fraud as well.

Josie-Bartlett said these contributors receive five requests or questions from the Elections Compliance Committee: Please provide your residential address, card billing address, and an explanation if they are not the same. Also confirm that the card is a personal account and that the bills are “paid by you, out of your own personal funds”.

Commission officials, who offer written advice on how to fix deficient online contribution reports, say the questions are necessary for several reasons. First, different contributors sometimes use the same map; and second, actual residence is relevant in legislative races, where a large percentage of eligible contributions must come from cities within a district.

Wood, a state legislator, said she completed her fundraiser in mid-June, but the request was delayed by missing data from contributors.

“We had to go back to a number of people who didn’t fulfill their profession or make a joint contribution, husband and wife,” Wood said. “You have to tell them, it has to be one or the other.”

She awaits approval on Wednesday.

Dominic A. Rapini, the convention-endorsed Republican nominee for Secretary of State, was the first statewide nominee to qualify for public funding. His candidacy was approved on June 1, giving him an eight-week head start over Wood.

“You know what my treasurer did? She made each donation the day they arrived and she reviewed them,” he said. “We would give things back to donors or tell them they weren’t eligible or had already given us too much money.”

The initial funding allowed him to hire staff to organize volunteers, educate voters and establish a marketing plan, he said.

“Once we knew the money was coming, we put people in place to make it all happen,” Rapini said.

None of the major party gubernatorial candidates are using the voluntary public funding system for the second consecutive election cycle. Governor Ned Lamont and his GOP challenger Bob Stefanowski are largely self-funding their campaigns, as they did in 2018.

Tim Herbst, one of the state-funded candidates in the 2018 GOP five-party primary for governor, said this race demonstrates that state funding doesn’t level the playing field against self-funders who can broadcast. television commercials in January or February.

“By the time we got the primary grant, it was like six weeks from now,” Herbst said. “It’s just too short to launch a statewide campaign.”

But the program, which was created to minimize the influence of money in politics, is still the most common source of funds used by candidates for General Assembly and state constitutional offices other than the governor. .

Campaign officials say the program is viable when everyone participates, and the grants approved this week still leave plenty of time to get a message across before the Aug. 9 primary.

“The last two weeks are really what’s critically important. Nobody pays you any attention or listens to you before that, honestly,” Josie-Bartlett said. “So I think it’s fine as long as you get your money before that, and if you have a good consultant, and your mail and everything that’s been sent, right?”

His client, Dubois-Walton, is competing against two Democrats who already have their grants: Dita Bhargava of Greenwich and party-backed candidate Erick Russell of New Haven.

Bhargava already advertises on television. Russell should follow this week. Bhargava’s candidacy was approved on July 6; Russell is the 13.

In the Democratic contest for secretary of state, the grant of party-endorsed candidate Stephanie Thomas of Norwalk was approved on July 6. She began her direct mail campaign to voters with an oversized postcard with a biography and instructions on voting by mail.

Russ Morin, a former state representative who handles Bond’s campaign, had no complaints about the process.

“It’s a level playing field for everyone,” said Morin, who has used public funding for his campaigns. “So the rules are the same. And you can’t complain about the rules when they treat everyone the same.

One of the other candidates on Wednesday’s agenda is Meriden’s Jan Hochadel, an endorsed Democrat running for the open seat in the 13th Senate District. This week, the pressure for her to get a scholarship in time for the primary has evaporated.

His challenger, Anthony Mangiafico of Middletown, said he was quitting – the result of his failure to qualify for public funding.

“I think this election cycle is difficult for many reasons,” Mangiafico said. “First, inflation. Things are very expensive, and people who could have given $100 two years ago are giving $50. People who gave $30 two years ago might give you $10.

Liberty Bank chooses SavvyMoney as part of its digital transformation

Another Chandigarh resident defrauded while booking a hotel room