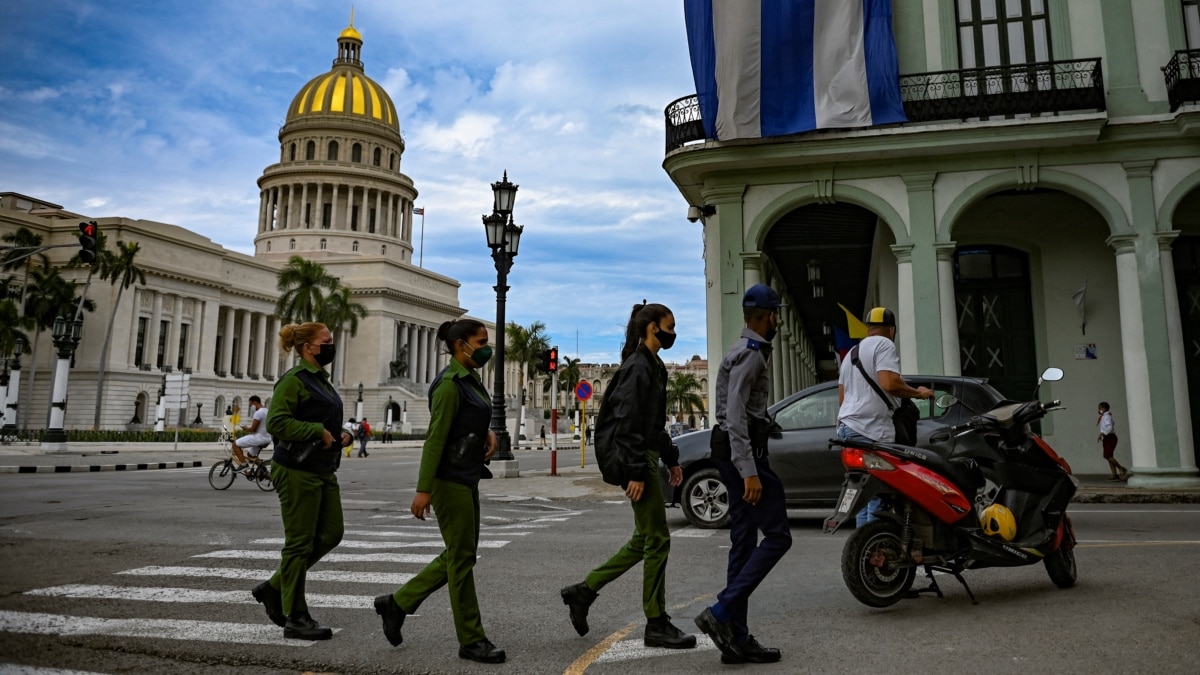 Facebook has been accused of preventing independent journalists in Cuba from sharing messages as opposition groups called for protests against the island’s communist government to continue.

The social media platform, whose parent company is now known as Meta, regularly posts to reporters, telling them they can’t share messages, three different reporters told VOA. Journalists complain that this prevents them from sharing information that they believe is crucial to their work.

It comes as Archipelago, an opposition group, attempted to stage a nationwide protest on November 15, even though the protest was banned by order of the Cuban government. Archipelago claimed his supporters could not take to the streets because police and government supporters were preventing them from leaving their homes.

Despite this, Archipelago called on protesters to continue their struggle by dressing in white, wearing white roses, creating home videos and beating pots and pans until November 27.

The campaign coincides with the first anniversary of a demonstration in Cuba of hundreds of people protesting restrictions on free speech and detention of artists and activists, in particular Cuban rapper Denis Solis Gonzalez, which led to a rally in front of the Ministry of Culture.

The Cuban government said the November 15 protest was orchestrated by the US government and failed due to a lack of popular support.

Independent journalists told VOA their ability to report on events was hampered by the sometimes blocking of Facebook.

JosÃ© Manuel Moreno Borrego, who works for Comunitario Amanecer Habanero, an online outlet that is not aligned with the Cuban government, has effectively been under house arrest with his wife for months. Their twin sons are allowed to go to school.

â€œSometimes I can’t share messages on Facebook with people. I get a message saying that I was not allowed to do this, but there is no explanation. It happens every two months or so, â€he told VOA by phone from Havana. â€œI’m talking to you through WhatsApp, which belongs to Facebook but is autonomous. I think the government may have pressured Facebook to block us.

VOA has contacted Meta for comment. â€œIn accordance with our spam policies, we limit an individual’s ability to repeatedly post the same content, which has happened here,â€ a spokesperson said in a written response. â€œAny suggestion to the contrary is incorrect. “

The platform firmly denied that Meta restricts people’s ability to post in groups due to pressure from a government. On the contrary, Meta said its apps give people a voice online.

Moreno said that since opposition groups attempted a protest on November 15, there were fewer police on the streets, but state pressure on independent journalists had not eased.

â€œThe pressure from the state has not been relaxed at all. It’s less palpable but there are still people outside my home watching, â€he said.

Alberto Corzo, director of the Cuban Institute for Freedom of Expression and the Press (ICLEP) on the island, has been under house arrest since thousands took to the streets in July in the biggest protests since decades.

ICLEP is a non-governmental organization that has created a network of independent journalists in Cuba. Police last week laid new charges against Corzo for public disorder, a crime that could carry a five-year prison sentence. He has been accused of putting up posters criticizing the Cuban government, an allegation he strongly denies.

â€œIt was very difficult for me and my family. I’m stuck here at home waiting to hear the court decision, â€he told VOA from his home in the Cuban province of Matanzas. â€œI sometimes had problems with Facebook, which prevented me from sharing posts with groups. Of course, this makes the job harder, but there are ways around it. “

Like other Cuban journalists who work for independent media, Corzo uses social media to do his job. Corzo said he always removed links to Facebook groups and his messages after sending them “for security reasons.”

Camila Acosta, journalist who works for the Spanish daily ABC and Cubanet, a news site, has been under house arrest since she was arrested after the street protests.

â€œI’ve been here in my house for four months or more with people watching me from around the corner of the block. I have to work from home. This is only possible because I can access social media, â€she said. â€œAt the start of the year, I couldn’t log into Facebook. It blocked me. But I was able to restore access to it.

In order to question the Cuban government on the treatment of independent journalists, VOA contacted the Cuban Embassy in Madrid and the International Press Center in Havana, but received no response.

Bruno Rodriguez, Cuban Foreign Minister, said in an interview with The Associated Press last week that the protests had failed due to a lack of popular support.

â€œThe predicted fall of the internet did not happen and there was no repression, march or militarization of the country,â€ he later tweeted.

The analysts’ point of view

The protest marches planned for November 15 would have coincided with the reopening of the country to tourism and schools after 20 months of confinement due to the coronavirus epidemic. However, the Cuban government banned the marches because it was keen to avoid a repeat of the July protest, analysts have suggested.

“The abuse of the social media reporting mechanism as a means of censorship is widespread in many countries, and Cuba is one of them,” Marianne DÃ­az HernÃ¡ndez of Access Now, an international advocacy organization, told VOA. digital rights.

â€œEven though frequently the platform, in this case Facebook, can potentially restore their access after calls, this is not always an option for many people because the call mechanism requires a level of access and convenience. with technology and bureaucracy that can be out of reach. for several people. “

DÃ­az HernÃ¡ndez added: â€œIn Cuba, although Internet access has opened up a bit over the past two years, it is still very expensive and not accessible to everyone at all, which means that decisions like this take a while. a higher cost to them than they would to other people in countries where access is more widely available. ”

Some of the information in this report comes from The Associated Press.