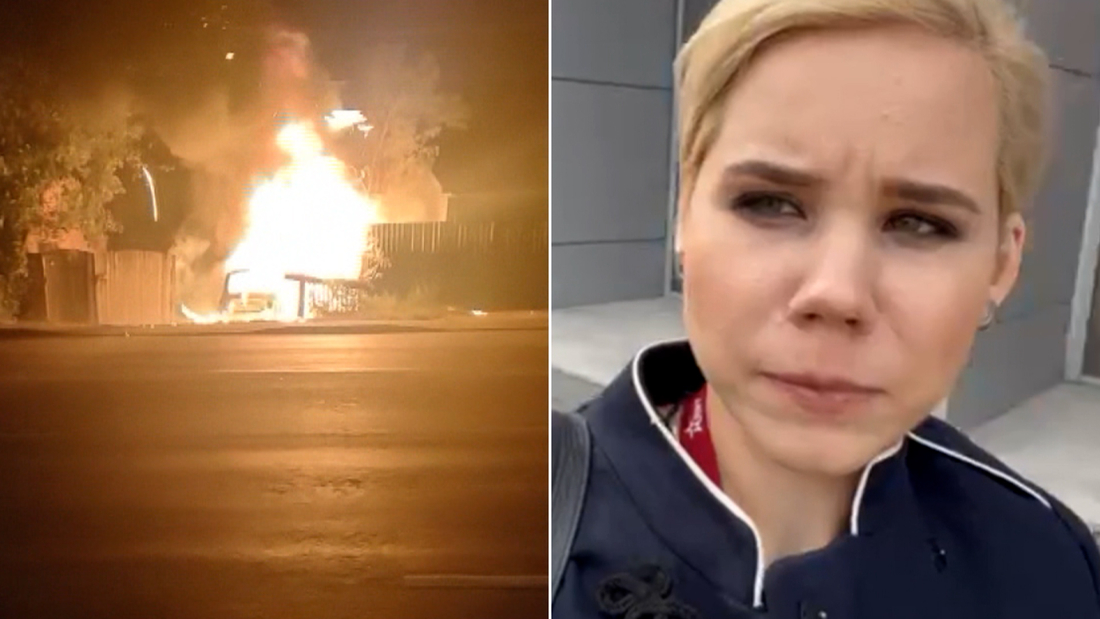 The Russian Investigative Committee said it believed someone planned and ordered the explosion of the car that killed Darya Dugina, based on evidence already collected from the explosion. “Given the data already obtained, the investigation believes that the crime was pre-planned and was of an orderly nature,” the commission of inquiry said in a statement on Sunday.

Dugina died at the scene after “an explosive device, believed to be installed in the Toyota Land Cruiser, detonated on a public road and the car burst into flames” around 9 p.m. local time on Saturday, near the village of Bolshiye Vyazemy, according to the press service of the Russian Investigative Committee, as reported by Russian state news agency TASS.

Dugina’s father is a Russian author and ideologue, credited with being the architect or “spirit guide” of the Russian invasion of Ukraine. He is believed to have significant influence over Russian President Vladimir Putin and has been described as “Putin’s mastermind” by Foreign Affairs magazine.
Dugin and his daughter were sanctioned by the United States. The UK sanctioned Dugina in July for being “a frequent and high profile contributor of misinformation regarding Ukraine and the Russian invasion of Ukraine on various online platforms”, he wrote.

Videos of the explosion showed a burning vehicle on the side of the road and shattered car parts strewn around the area. Unverified video appears to show Dugin at the scene.

A friend of Dugina’s told TASS he believed Dugina’s father was the real target of the blast – or possibly both – because the car belonged to Alexander.

A Russian Foreign Ministry official suggested that Ukrainian state structures were responsible for the explosion, a claim that Ukrainian authorities have denied.

“If the Ukrainian trace is confirmed … then we should talk about the policy of state terrorism implemented by the Kyiv regime,” Russian Foreign Ministry spokeswoman Maria Zakharova said. in a Telegram article. “There have been many facts accumulated over the years: from political calls for violence to leadership and the involvement of Ukrainian state structures in the crimes,” she said.

Ukraine on Sunday vigorously denied any involvement in the car explosion. “Ukraine definitely has nothing to do with this because we are not a criminal state, like the Russian Federation is, and more so, we are not a terrorist state,” said Mykhailo Podoliak, Advisor to the Chief of Staff of the President of the Republic. Ukraine, said in an interview with Ukrainian television.

“The flames engulfed him completely”

When Dugina “turned onto the Mozhaiskoye highway near the village of Bolshiye Vyazemi, there was an explosion, the car immediately caught fire,” Krasnov told TASS.

“The flames engulfed her completely. She lost control because she was driving at high speed and flew across the road,” Krasnov added, as quoted by TASS.

In the meantime, forensic experts, investigators and explosives engineering experts are inspecting the scene.

Dugina, the daughter, was born in 1992 and studied philosophy at Moscow State University, according to TASS.

In March 2022, the US Treasury Department’s Office of Foreign Assets Control (OFAC) sanctioned Dugina for her contribution to an article on the United World International (UWI) website suggesting that Ukraine would “perish” if admitted. to NATO. Dugina was the editor of UWI.

She claimed in a recent interview with the Russian news channel, 1RNK, that the atrocities that occurred during the Russian occupation of the Ukrainian town of Bucha were American propaganda, chosen because of its phonological similarity to ” butcher,” a word she links to the United States. President Joe Biden called Putin a “butcher” on March 29.

CNN visited the scene of mass graves in Bucha in April after Russian forces withdrew, revealing to the world the horrors of their occupation. Images of bodies littering the streets of Bucha have sparked international condemnation and investigations into possible Russian war crimes. Several eyewitnesses and images have linked many of the atrocities to Russian soldiers.

His father was also sanctioned by the United States in 2015 for being responsible for or complicit in actions or policies that threaten the peace, security, stability or sovereignty or territorial integrity of Ukraine.

The US Treasury Department also said that Alexander Dugin was a leader of the Eurasian Youth Union, which actively recruited people with military and combat experience to fight on behalf of the self-proclaimed Donetsk People’s Republic and said that she had a secret presence in Ukraine. .

In a 2017 interview with CNN, Dugin pointed out many similarities between his ideas and those of former US President Donald Trump. He called Trump’s inauguration speech “like I was going to write it myself.”

He also said that Putin was an inspiration to Trump, “kind of an example to challenge the status quo, to challenge conventional wisdom, to challenge all these totalitarian principles of globalists and ultra-liberals.”

Will Too Many Credit Cards Hurt Your Credit? Here’s what Dave Ramsey says