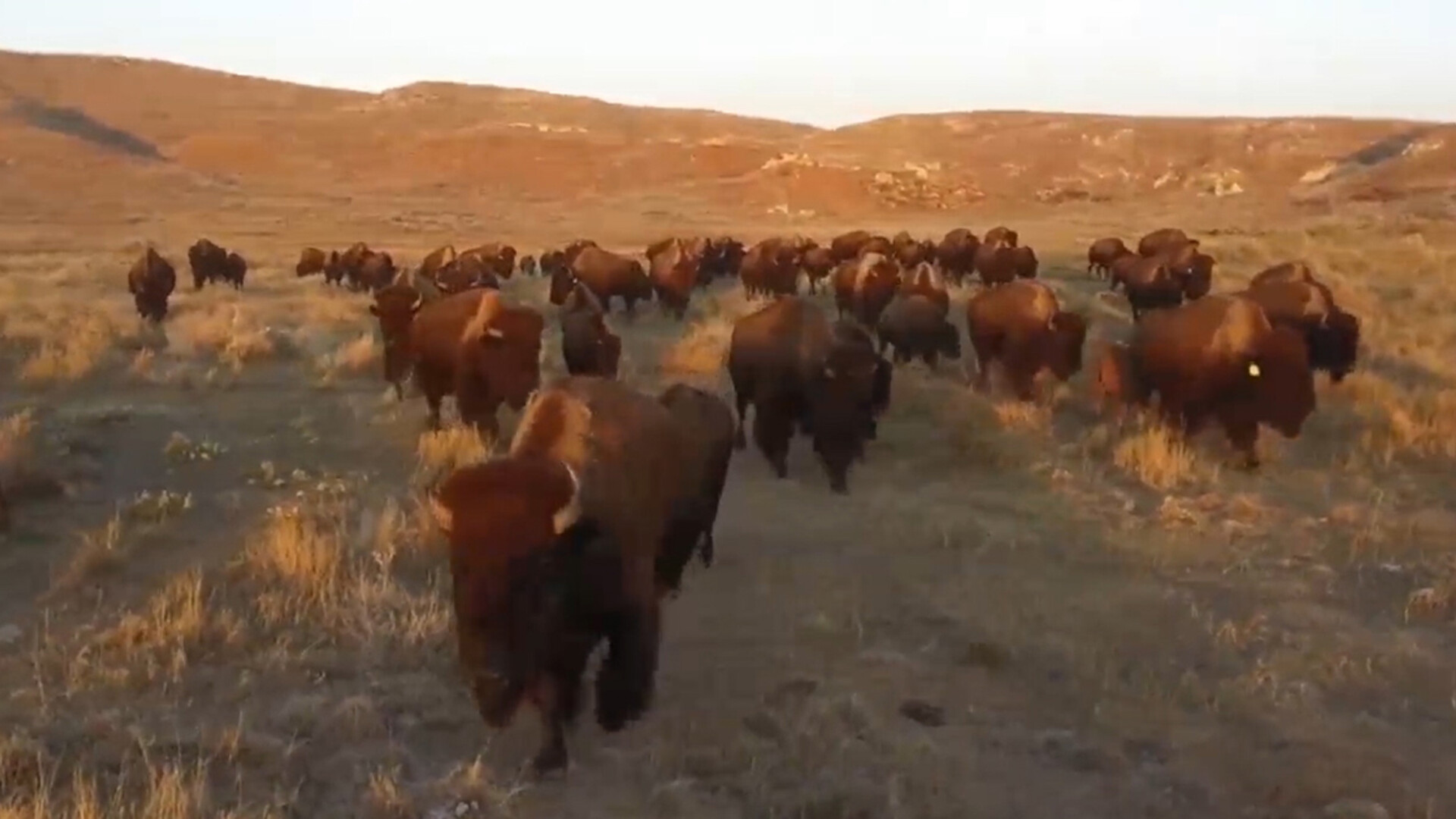 The National Bison Association (NBA) has launched National Bison Month. As part of the celebration, consumers are encouraged to add this uniquely American, delicious, humanely raised and extremely healthy protein to their regular diet.

The American bison, whose population once exceeded 30 million animals, was decimated to near extinction by the end of the 19th century by hunting, culling and diseases introduced by the West. However, bison have made a tremendous comeback and now number over 400,000 across the continent. This return is due to a unique collaboration between American farmers and ranchers, Native American tribes and conservation groups, all working to restore the species to its native landscape in North America. This collaboration also made the American bison the first-ever national mammal of the United States in 2016.

Bison are “regenerative by nature”™ thanks to the fact that the species has never been domesticated and as such retains those innate instincts that helped shape the Great Plains of North America. Bison’s natural grazing behavior, hoof action, soil fertilization, and other attributes help regenerate healthy soils and the grasslands they graze when properly managed. Today, bison stewards use these instincts to raise healthy bison and end products that support and expand important grassland carbon sinks and the species. This is why consumers of bison meat and by-products are key partners in restoring the bison species.

National Bison Month, celebrated each July, is when American bison producers and marketers promote the delicious taste of bison. Burgers, steaks, and even roasts are great alternatives to summer grilling. According to the NBA, bison is the leanest protein widely available on the market today. Meat is nutrient dense, with 26% more iron than beef and 87% less fat. Bison contains 76% more B12 vitamins than chicken and 32% less fat, according to nutrition data from the US Department of Agriculture.

Bison is easier to find than ever, with nearly every grocer selling at least ground bison. Many health food stores and direct distributors of bison farms offer the same cuts that consumers typically see from meat animals. Find a local bison producer near you in our online buying guide at www.bisoncentral.com/buying-bison-meat/ and find bison-specific recipes and instructional cooking videos at www.bisoncentral. com/how-to-cook-bison/ .

The National Bison Association is a non-profit trade association made up of members, bison ranchers, ranchers, marketers, conservationists, public herd managers, enthusiasts, and more. Learn more at www.bisoncentral.com and @nationalbison.

Titagarh Wagons reaches its highest level in 4 years; gained 26% in 2 weeks on a solid order book