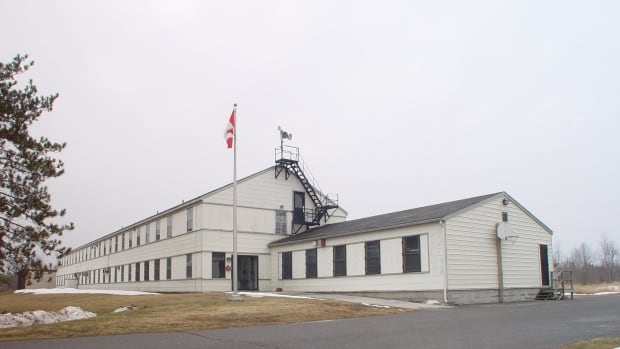 RCMP are still withholding the hazard report at the former training facility in Kemptville, Ontario.

An RCMP employee says he is disappointed that police are continuing to withhold a report they commissioned into the dangers associated with a former secret training facility in Kemptville, Ont., nearly five months after the CBC filed a complaint. access to information request for a copy.

“I’m disappointed the RCMP aren’t supporting us more. They’re hiding it for no reason,” said the employee, who spent many weeks at the former Canada Training Center in Kemptville and suffers from Parkinson’s disease. . Radio-Canada/CBC has agreed not to use his name due to the sensitive nature of his work.

The report produced by Ottawa-based firm BluMetric Environmental is part of a review the RCMP launched more than two years ago in response to a CBC/Radio-Canada investigation released in December 2019.

The investigation revealed the presence of numerous contaminants in the facility used by the RCMP from 1988 until 2006, when it was closed and then demolished.

The story identified at least six RCMP members who had been trained at the facility and who died prematurely of cancer or neurological disorders. Radio-Canada had also reached out to other members who still suffer from ailments since their formation in Kemptville.

Delays are piling up

On December 1, 2021, the RCMP announced that a report on the old Kemptville building had been produced, but declined to release it, saying the review of the old facility had not yet been completed.

“The extension is necessary either because of the large number of records requested, or because the scope of the research to be carried out would seriously impair the functioning of the establishment,” wrote the RCMP’s ATIP Division in French on 20 December 2021.

Radio-Canada only asks for one document, the BluMetric environmental report.

The extension expired in February 2022.

“Your documents have been found and are now awaiting review prior to release. We cannot say when they will be sent due to other files already in the queue,” the ATIP Division wrote. at the time.

On April 22, Radio-Canada again contacted the RCMP’s ATIP Division to find out when the report would finally be released. No response was received.

The RCMP employee who suffers from Parkinson’s disease does not understand why the RCMP refuses to release the report.

Like other RCMP members Radio-Canada spoke to, he also can’t believe the RCMP still hasn’t completed its review of the site more than two years after Radio-Canada’s investigation. -Canada/CBC.

“The RCMP expects a lot from its employees. It should go both ways,” he said. “When we are asked to react, it does not take us two years.”

He doesn’t know if his illness is related to his time at the Kemptville facility. But in another case, this link was established.

An RCMP officer had to have part of his right lung removed due to a fungal infection. Her doctor directly linked her condition to prior “workplace environmental exposure.”

Some RCMP officers wonder why their employer even commissioned a new study.

Several inspection reports produced between 1997 and 2007 – which were not made public at the time – had already confirmed high levels of contaminants in the Kemptville building, such as asbestos, silica, lead and toxic molds.

Some officers are asking the RCMP to compile a list of illnesses that may be caused by the contaminants detected at the Kemptville training center and to identify health specialists who can treat them.