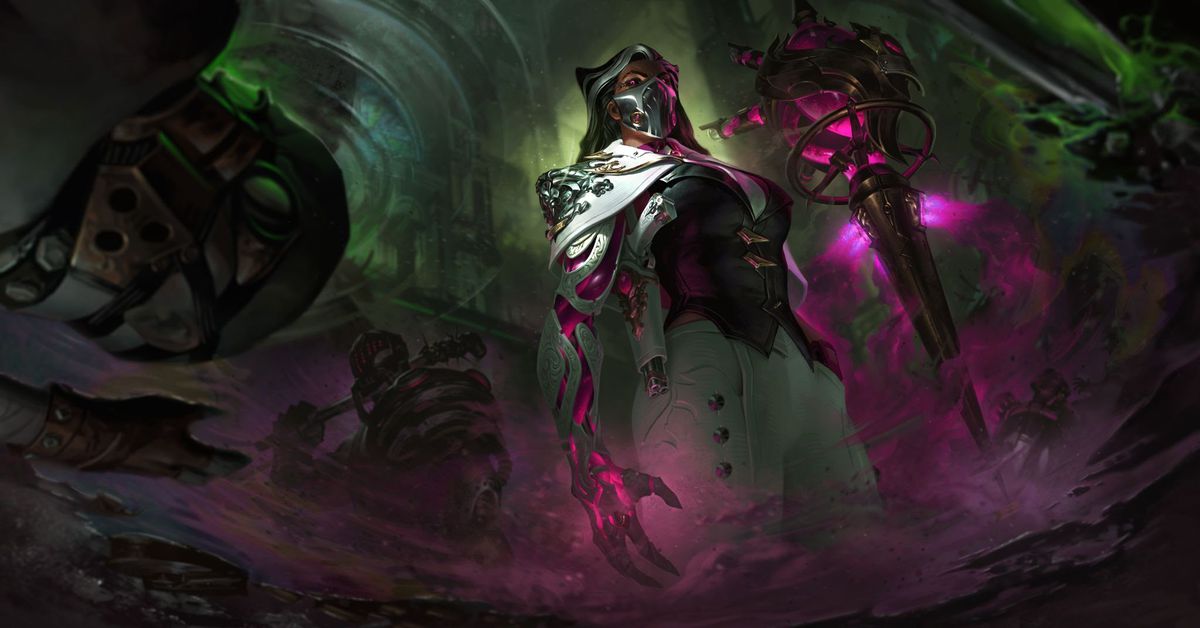 League of Legends gets a dark and ominous new champion named Renata Glasc. The Chem Baroness is an enchanting support who comes from a family of alchemists in Zaun. Riot first teased Renata last week, giving the champion her own website dedicated to her business.

Renata’s kit is typical Enchanters, but fits well into its slightly darker theme. His passive, Leverage, applies a mark that allies can detonate for extra damage, and his Q, Handshake, roots enemies before launching them in a specific direction. Renata also has a damage ability that protects allies like her E, but her W, Bailout, is her most interesting basic ability.

Bailout grants Renata’s allies (or herself) a temporary attack speed and movement speed buff that resets if killed. If the ally should die while the shield is on them, they gain full health, but begin burning to death within three seconds. If they kill during the burn, it will stop immediately and they will continue to live with the amount of health they have left.

Finally, Renata’s R, Hostile Takeover, drives her enemies berserk, giving them an attack speed buff, but also forcing them to immediately attack everything around them, starting with allied champions, then neutral units. , then Renata’s allies, then Renata herself. .

Renata Glasc should arrive at League of Legends with patch 12.4, which should be released in about two weeks. Prior to that, Renata will go live on the public beta environment, where players can test her out while Riot makes changes to her kit and balance.

Renata Glasc launches a missile from her robotic arm that immobilizes the first enemy hit. She can reactivate the ability to throw the enemy in a targeted direction, damaging enemies hit and stunning them if the thrown target is a champion.

Renata Glasc grants an allied champion or herself increased attack speed and movement speed towards enemies. If the ally gets a takedown on an enemy champion, the duration of the buff is reset. If the ally should die while Bailout is still active, their health is restored to maximum but they start burning to death over 3 seconds. The ally can stop the burn by getting a champion takedown before dying.

Renata Glasc fires chemtech rockets that shield allies and damage and slow enemies they pass through. Rockets also apply their effects around it when launched and when exploding at maximum range.

Renata Glasc sends out a cloud of chemicals that makes enemies leave Berserk, increasing their attack speed and forcing them to base attack everything around them. Berserk enemies attack their own allies first, then neutral units, then Renata Glasc’s team, then Renata Glasc herself.