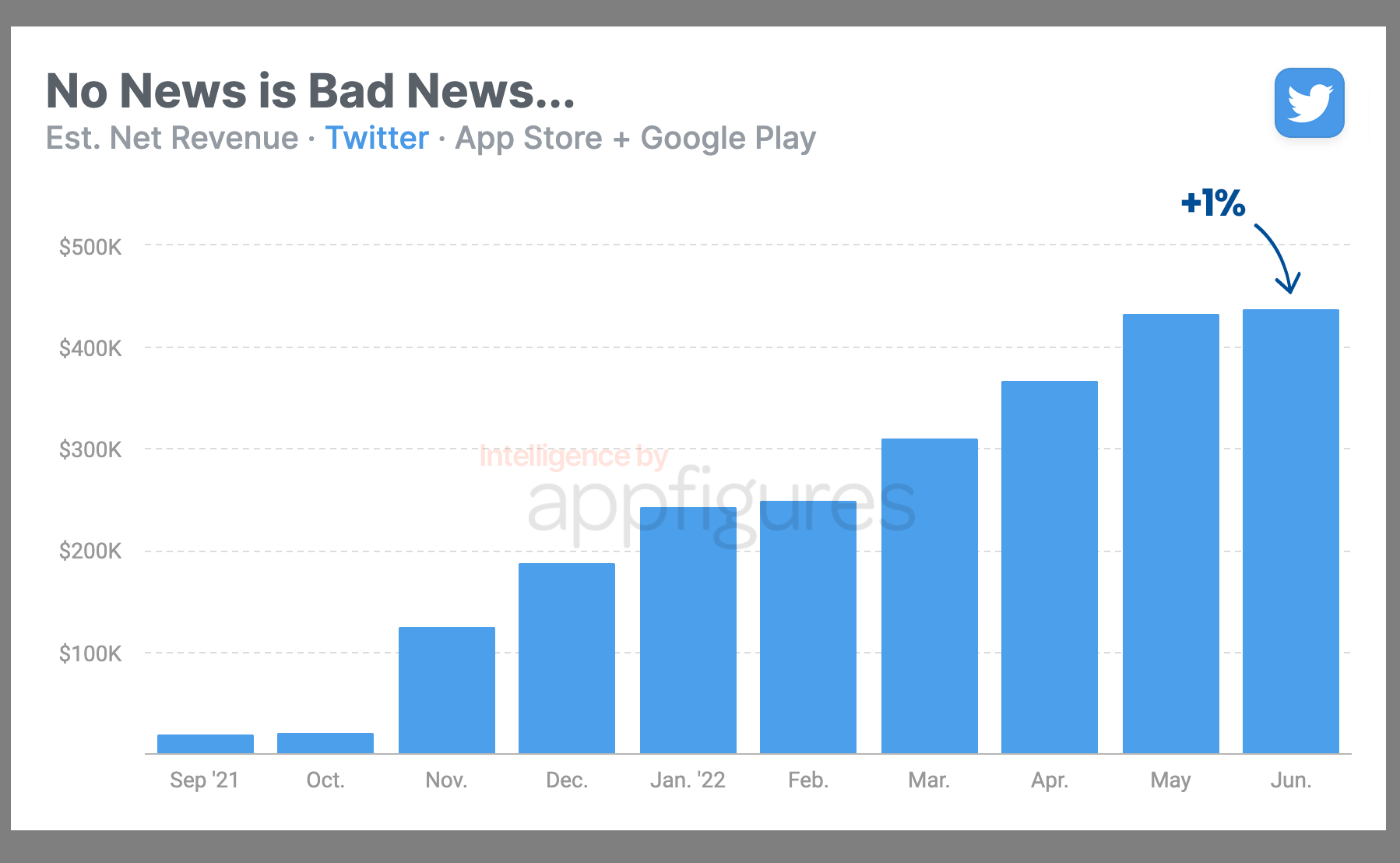 It looks like Twitter has had a choppy few months and the outlook for the future isn’t too good either. As June comes to an end, it’s good to take a look at how Twitter performed last month.

Well, the in-app revenue numbers showed a slight increase, so that’s a good thing, but bearing in mind today’s competitive social media market, there’s a lot of areas to to improve.

It wouldn’t be wrong to say that Twitter has had a dry, quiet time over the past month. We haven’t heard much about Elon Musk and his rants and the transition deal has stalled. Plus, it really felt like for a second that we were witnessing a news cycle that had been silent for quite a while.

But that doesn’t mean quiet is always a good thing as we’re going to show you an overview of the numbers seen recently.

Total revenue for June ended at around $439,000, estimates show. Keep in mind that this is the final figure after Google and Apple meet their respective costs.

For each month, there’s definitely been some growth, since we’ve seen the app start to monetize. However, when we see the results in June, the picture is not very pretty and does not follow the trend.

Yes, June’s total is a bit higher than May’s, but the growth is hardly worth raving about because it’s only 1%.

So what could be the real reason for the slow growth? Well, experts believe that the answer doesn’t just have to do with the great uncertainty surrounding a possible transition to Twitter. This is also related to the paid subscriptions it introduced and how lackluster the whole ordeal has become.

More importantly, all the other rivals are doing a lot more in terms of monetization, but Twitter is not doing the same. And that could have harmful long-term consequences.

Read next: Elon Musk proves he doesn’t have what it takes to save Twitter as company pledges to take billionaire to court

What to watch for as Q1 earnings season begins