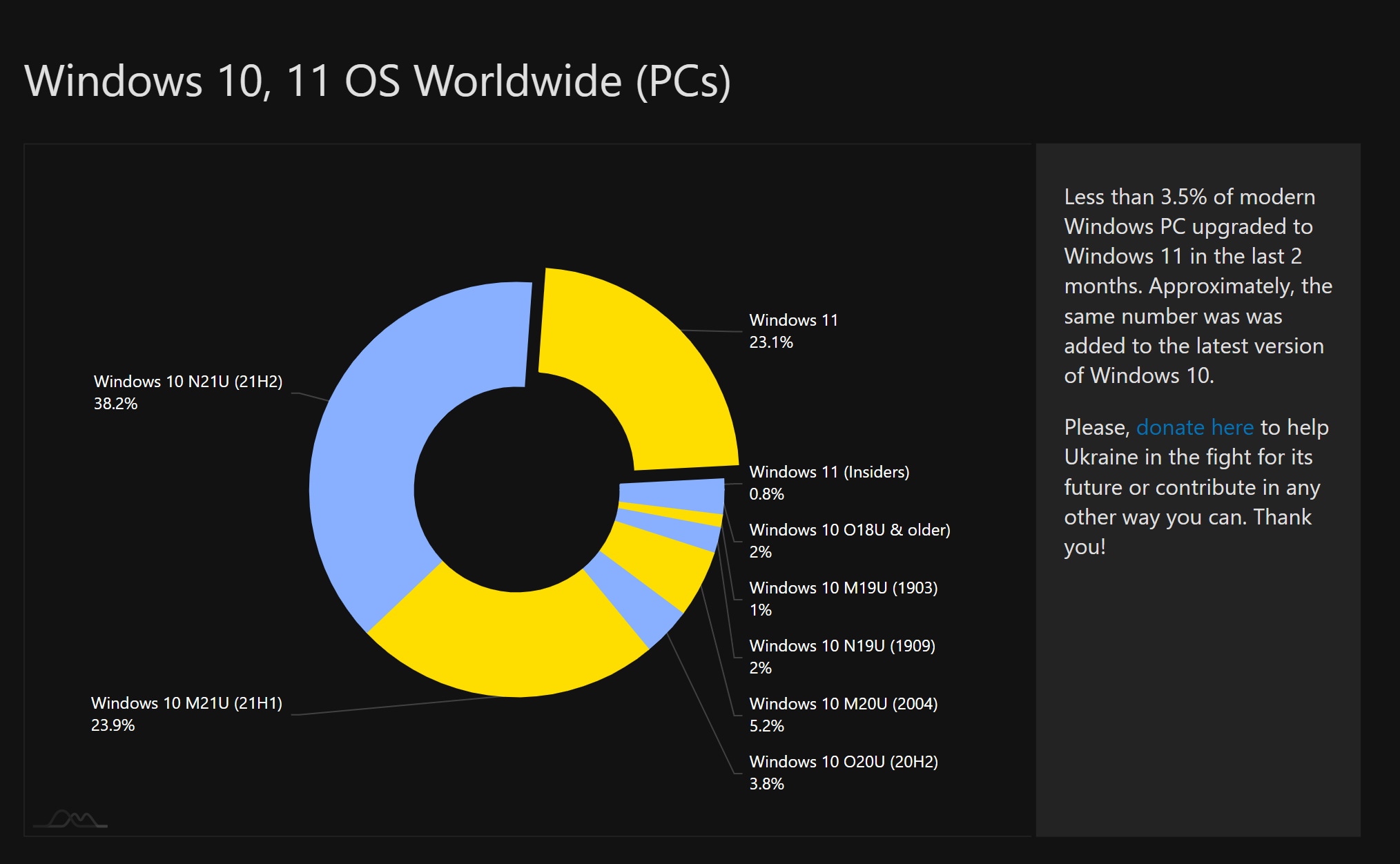 With the release of Windows 11 in October 2021, Microsoft saw a peak of 3.2% in February, but since then progress has slowed. AdDuplex, a cross-promotion network for Windows applications, publishes a report on Windows market shares and versions for June. The report says Windows 11’s market share is still below 25%. Earlier this year, only 3.4% of personal computers were upgraded from Windows 10, showing the slowness of the latest OS migration.

The previous version of Windows 10 has 38.2% market share and the 21H1 update is at 23.9%. This highlights the greater share of Windows 10 and its popularity as well. However, the current version of Windows is not advancing at a pace although it is gaining 3.4% in the market in two months, which is not a great achievement. AdDuplex points out that when Windows 11 was launched, people rushed to install it on their devices, but since then adoption has ceased or been very minimal. Anyway, Microsoft must work hard to make its latest version a dominant operating system on all desktop computers. So the question is, why haven’t users updated their devices to the new OS?

The reasons can be many and lead to the slow adoption of Windows 11. Windows 11 hardware is hampered in its adoption because a large number of Windows 10 devices are not well suited for the new operating system. The company has made changes to hardware requirements while emphasizing security, with Secure Boot and other questionable updates. Maybe because of this, people won’t prefer to update their PC. Anyway, there are some amazing technologies, for example, DirectStorage update that could help increase the adoption of Windows 11 because by using DirectStorage, games can be loaded in seconds. All game assets will automatically be stored on the PC hard drive when loaded, including sounds, graphics, character models, etc.

Other than that, features like rounded window corners, snap layouts, and Android app capability are favorites among users. We can’t think of the pace of Windows 11 adoption after Microsoft launched support for Windows 10 three years later. There will be a boom in Windows 11 adoption once this is done.

Read next: iPhone just turned 15, how happy are Apple users?